Rainbow over the Karakum

During World War II the Kyiv Film Studio relocates to Ashgabat, which will provide a safe haven for many Soviet filmmakers. This is where, thousands of miles from the front line, one of the most famous war films in the history of cinema will be made. 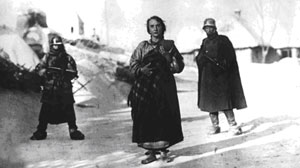 Italian Neorealism, the Japanese cinema of the 1950s, the Polish documentary school, Ukrainian poetic cinema of the 1960s & 1970s, the cinema of Turkmenistan and Tajikistan were born in the sands of the Karakum desert, on the streets and squares of Ashgabat. Strange as it may seem, it’s true.

In July 1941, due to the Wehrmacht’s whirlwind attack, the Kyiv Film Studio was evacuated to the capital of Turkmenistan - Ashgabat. In less than two and a half years, including equipment removal and installation, 16 short films and 6 feature films were made by the evacuated film studio. One of them – “Rainbow” (1944) directed by Mark Donskoi – has become the high point of the world cinema. 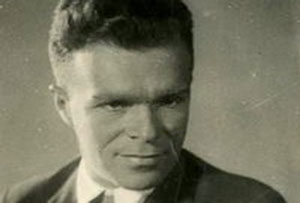 According to the founder of Italian Neorealism Roberto Rossellini, “Rainbow” has started a new direction in the history of cinema. “I want to shout to everyone who’s reading this: “Hurry up to watch “Rainbow”! It’s a truly poetic work, a rare masterpiece!”” – exclaimed another, equally famous Italian film director Giuseppe De Santis. Moreover, Japanese directors Akira Kurosawa and Kenji Mizoguchi admitted, that after having seen “Rainbow” they understood how to shoot, hence this film influenced their unique style of directing. “Rainbow” made a splash in Hollywood and American critics recognized it as the best foreign movie of 1944. 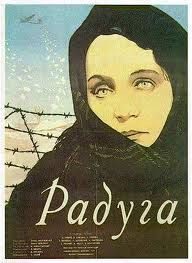 The Kyiv Film Studio evacuation years are also closely associated with Olexandr Dovzhenko – one of the greatest directors of all time. His film “Ukraine in Flames” was scheduled to shoot in Ashgabat in the fall of 1942. It was never made – the script, written by the director straight at the front, was scarified and strictly prohibited to big-screen adaptation by Joseph Stalin at the special meeting in the Kremlin in 1944. But the screenplay for “Ukraine in Flames” has served as the basis for Dovzhenko’s emotional full-length documentaries – “Battle for Our Soviet Ukraine” (1943) and “Victory on the Right Bank Ukraine” (1945).