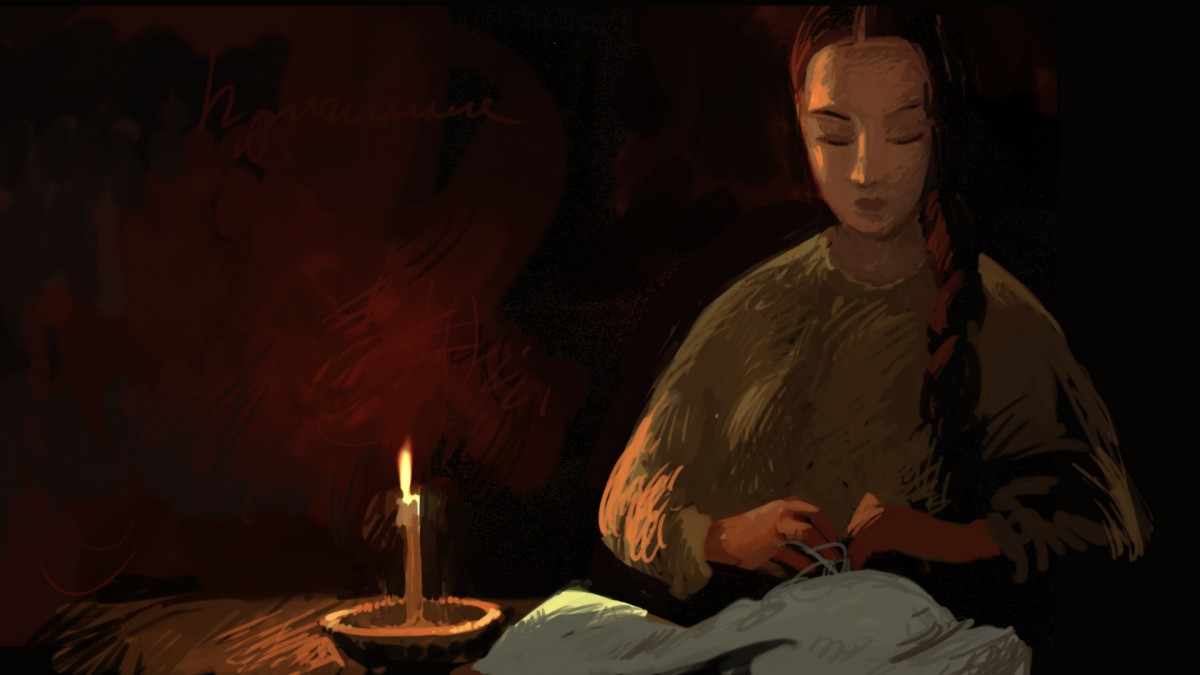 This is the song that has given the start to the soundtrack for Andrii Shcherback’s film “Prychynna”. The film has been awarded as the best Ukrainian animated film in 2017.

The string trio ballads, pastorals and shimmering soundscapes of madness heard in the film were created as a continuation to this song.

Tanya Sha, composer and sound producer says: The director and I have already discussed all the nuances of the script and were looking for a general musical mood and language. One of those days SHOPPING HOUR were playing a small gig which Andrii also attended. That was the first time he heard “Time to forget”. After the gig Andrii approached me and said: “that’s the mood I want to stay in on and on…”

In the film you’ll find an instrumental version of “Time to Forget”. It has already been heard by the audience of 32 film festivals in 19 countries - that’s how vast “Prychynna’s” geography is.

In this video, for the first time, we are presenting a clip from the film accompanied by the full, vocal version of the song “Time to Forget”. Lyrics were co-written by Tanya Sha and Anna Pal.

The track will be included in SHOPPIG HOUR’s fifth album “Zakohani” (Lovers).  Release date to be announced soon.

SHOPPIG HOUR is a Kyiv based Ukrainian-Serbian ethnic lounge project, performing music for the soul since 2006. Band has 5 studio albums in pop, lounge and lounge classic genres. The project has performed at numerous Ukrainian and international music festivals, such as “Kraina Mriy”, “GogolFest”, “Jazz Koktebel”.

PRYCHYNNA - director, screenwriter and artist Andrii Sherback’s debut animated picture, based on a poetic ballad of the same name by Taras Shevchenko. Produced by Gennady Kofman and Olha Beskhmelnytsina. The film was created by “MaGiKa-Film” company with the support from Ukrainian State Film Agency.