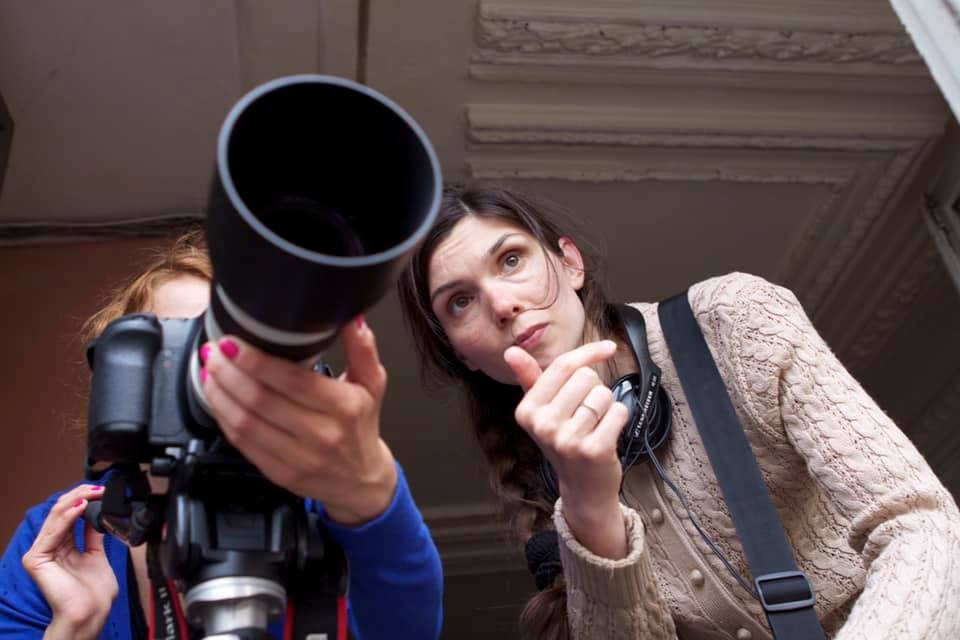 On September 6, at our FilmClub MagikaFilm, we presented a series of short films "Outside the Euro", which were shot during the UEFA Euro 2012 in Ukraine by young directors. Nowadays each of them is a star of the documentary: Polina Kelm, Dmytro Glukhenkyi, Alisa Kovalenko, Natalia Krasilnikova and others.

Project manager Oleksandr Balagura tells, “The film anthology “Outside the Euro” is the result of the collective work of the youth creative laboratory. The idea can probably be defined as an attempt to personify the crowd. The ability to see, to separate a human face from a crowd that seems faceless, but united on sports, political or any other basis. And tell about it."

“We decided to put the end with young documentary filmmakers talking about how bad things are going on, how difficult to realize oneself and what brilliant ideas are missing. We chose the UEFA Euro 2012 as an occasion to take cameras and go outside to capture the image of our country. We didn't mean to make football movies. The championship was important for us only as a period when the attention of the whole world is focused on our country", explains the producer of the project Henadii Kofman.

The project was made in collaboration with the Ukrainian Documentary Film Workshop, the International Academy Dragon Forum (Poland), young Ukrainian and Polish directors.