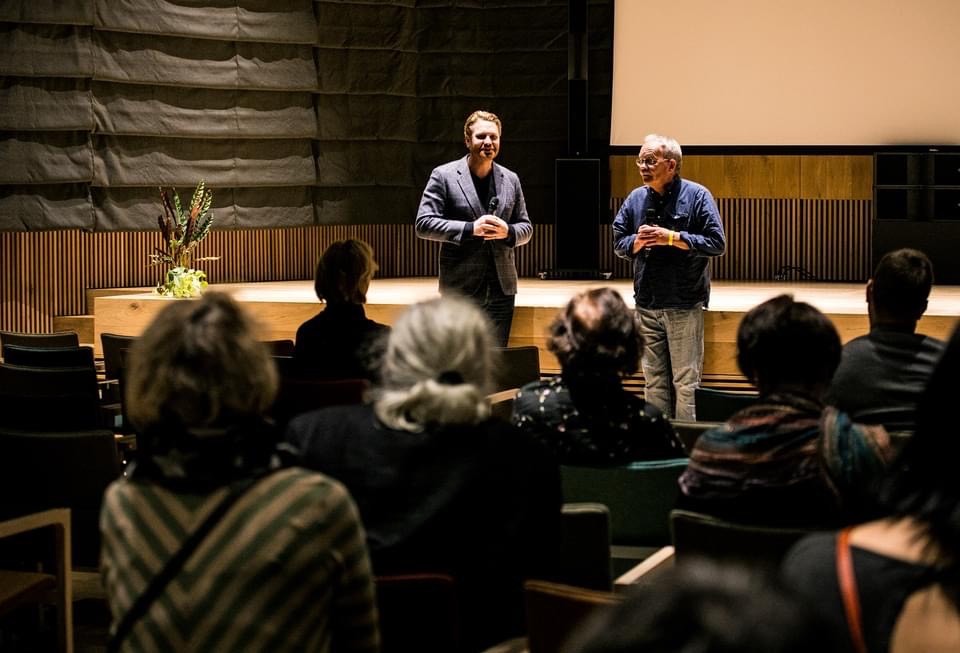 THE FILM "V. SILVESTROV" WAS SHOWN IN ESTONIA

"We are honoured that the European premiere of the film about Ukrainian composer Valentyn Silvestrov took place at the Arvo Pärt Centre. We thank the director Serhiy Bukovsky for this human portrait, which with rare sincerity revealed Silvestrov's talent and the depth of his world of thoughts. Special thanks to director Serhiy Bukovsky and sound director Igor Barba, who managed to take part in the show, despite the difficult times! ” - wrote the organizers of the show.

The Ukrainian premiere of the film "V. Silvestrov" took place as a part of the Kyiv International Film Festival "Molodist". The film was also screened in the out-of-competition program of the Docudays UA International Human Rights Documentary Film Festival and received the "Golden Dzyga" for Best Sound.